Fascinating Facts About Birds of Prey

< Back to Blog Articles
SHARE THIS PAGE
11th January 22

Birds of prey are some of the most mesmerising and impressive creatures in the animal kingdom. They have laser focused eyesight that allows them to locate prey from afar, agility and speed that helps them sneak up on and capture it in an instant, plus talons and beaks that are razor-sharp to pierce and devour their meal.

Though, these aren’t the only things that are so fascinating about these captivating, albeit slightly intimidating birds. If you’re a lover of animals, and especially birds of prey, there are a host of interesting facts you can learn about these flying carnivores.

From their prehistoric connections to their evolutionary handicap and the hacks they use to make migration a breeze, there is so much to learn. If you want to know more about birds of prey, read our fascinating facts about them below!

Scientists Think They Are Dinosaurs

Yes, you read that right. Scientists strongly believe that today’s birds of prey are actually dinosaurs. This is because birds evolved from meat-eating dinosaurs, known as theropods, and existed as long as 150 million years ago.

These theropods were a group of predators the included the Velociraptor Mongoliensis, yes, that terrifying one from the Jurassic Park films. Now, you may think that they don’t have much of a resemblance, but what scientists have further discovered is that the representation of the Velociraptor in the films is inaccurate, and in reality, they looked much more like the flying raptors we are familiar with today.

Studies have shown that these hunters were actually feathered as opposed to scaled. They also had similar traits to birds of prey like eagles and hawks due to the long claw they had that protruded from the second toe of each foot. Though the films and previous theories depicted this was used for slashing prey and rivals, it’s now believed the Velociraptor used its claws to pierce and pin down prey as modern birds of prey do.

When the asteroid strike and volcanic eruptions that wiped most dinosaurs out occurred, the majority of dinosaurs became extinct, except for the birds. So, they are in fact direct living descendants of the Jurassic era.

You can find out more about everything you need to know about birds of prey on this insightful page. 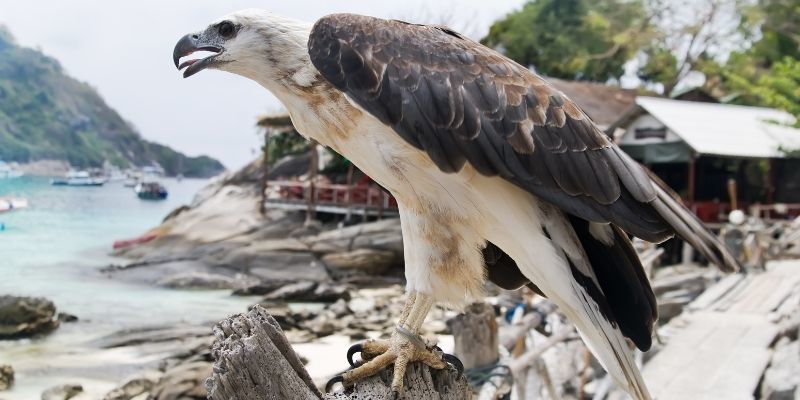 Birds of Prey Have Evolved Differently from Other Animals

The way birds of prey have evolved is different from most animals and even other types of birds. Normally, the features of species change over time as defining characteristics that enable them to thrive emerge. In a process of natural selection, the weaker versions of the species die out, and more modern adaptations exist in their place.

For some reason, raptors have not been afforded this evolutionary flexibility. Instead, the shapes of their skulls are incredibly predictable, and change in clear ways that depict an increase or decrease in their size.

Where other birds have beaks that evolve independently from the skull, for birds of prey the shape of the beak directly correlates to the shape of the skull. For this reason, other animals and birds have enjoyed rapid evolution and the emergence of thousands of new species. In comparison to raptors whose evolution has constrained their skulls to a specific range of shapes.

The lifecycle of birds of prey is fascinating in itself, but it also helps us monitor a host of factors relating to these bird species and the environment.

The annual lifecycle of birds of prey falls into four sections:

Understanding how these flying apex predators exist and operate during these phases is the best way to comprehend their conservation status and needs. A large number of North American birds of prey, for instance, complete a potentially perilous migration journey twice a year, flying as far north as Alaska, and as far south as South America.

In the warmer months of spring and summer, they will reside in northern areas to nest and rear young. When it gets colder, they will spend winter in southern areas where food is more widely available. Once winter has passed, the cycle starts over.

As birds of prey spend both the autumn and the spring migrating, they can cover thousands of miles during this timeframe. As such, they typically cross over multiple borders and habitats, which sees non-native birds of prey reside in areas like the UK at certain times of the year.

Unlike other bird species, birds of prey nests tend to hold between just 2 and 4 eggs, with only up to 2 likely to fledge. There are a vast number of factors that can result in nests failing, from human disturbance to inadequate levels of food in the area and less space for nests as human development encroaches on natural spaces.

Though, winter poses the most challenges for birds of prey as competition for resources is the highest when the resources are at their lowest. This is why raptors will uncharacteristically come together and congregate in prey-rich locations during the winter, and come back year on year so long as it yields.

For these reasons, studying birds of prey is a huge eye-opener to environmental changes and challenges. As environmental threats are more likely to affect them, birds of prey are known as an indicator species. This means changes in their patterns and declining populations of raptors signify red flags to problems that could wipe them and many other species out if not addressed. 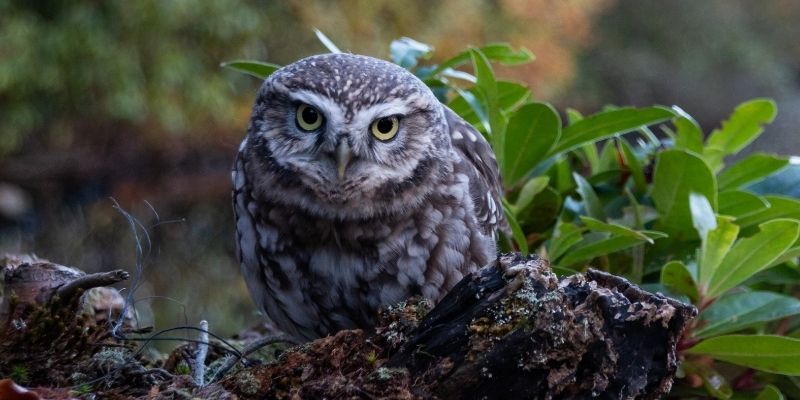 They Are Tactical in Their Migration

As raptors migrate, they exert an incredible amount of energy, not to mention face numerous threats along the way. To make their journey more pleasant, and efficient, they have learnt hacks over the years that have been passed onto future generations:

When birds of prey migrate they use:

The above facts are merely scratching the surface of what you can learn about these majestic creatures. By completing an online bird of prey course, you can continue your learning from the comfort of home.

This Birds of Prey Studies Level 3 Award (RQF) breaks down the study of raptors into two insightful units. Once enrolled, you will delve into the various birds of prey UK residents can find on home soil, their biological makeup and their natural habitats. In addition to the threats they face and the various laws and organisations in place to protect them.

The course also explores common diseases birds of prey can be susceptible to, as well as their basic health, welfare needs, and nutritional requirements. You will also learn about the many incidences where a bird of prey may require emergency care, the methods of rehabilitation that are used and bird of prey re-release processes.

You will study the raptor theory from home, but you will also get the opportunity to get up close with birds of prey in a 1-day practical experience session with a skilled Falconer. This takes place in rural Herefordshire at the Wye Valley Falconry and provides you with the hands-on experience required for most birds of prey job opportunities.

Why not take your interests in birds of prey further by studying an online course dedicated to them? With learndirect, there's no need to worry about fitting your education around your lifestyle as all of the theory in our course is completed in your free time, and the practical day can be booked at your convenience!

Find out more now by speaking with our Course Executives on 01202 006 464, contacting us online or clicking below to view our online bird of prey course in more detail. 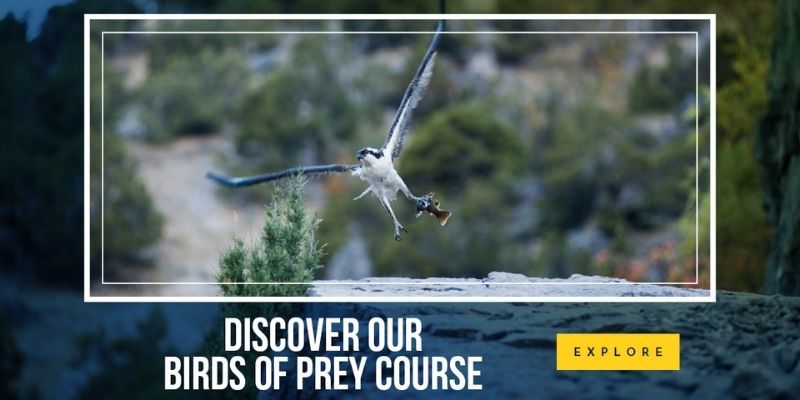 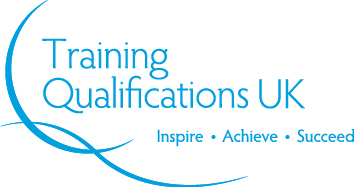