Trustpilot
< Back to Blog Articles
SHARE THIS PAGE
11th October 19

Have you ever been given a task at work and felt like you’re not qualified to do it? Or that you’re not worthy of the promotion or achievements you’ve been awarded? Then you’re likely suffering from imposter syndrome. And you’re not alone. An estimated 70% of the world’s population will experience imposter syndrome at some point in their lives and careers. But what is imposter syndrome?

Originally coined in 1978 by psychologists Pauline Clance and Suzanne Imes, the term ‘imposter syndrome’ refers to a collection of feelings that people experience surrounding their sense of self-esteem and worth. These emotions may come in a range of forms, from the nagging voice in your head that you’re not good enough or do not deserve success, to the unwarranted sense of insecurity you may feel under the surface each day. However, imposter syndrome boils down to one core feeling – that you’re a fraud, someone who isn’t as competent as people think.

These feelings of inadequacy can occur in anybody at any time, yet recent research by NatWest has found that imposter syndrome can be a career killer for women in particular. This is for a variety of reasons, including that those with imposter syndrome do not feel good enough to progress their career by applying for senior roles or promotions. Shockingly, the research found that 60% of women who want to start a business choose not to due to a lack of confidence and the feeling that they aren’t the right person to be a business owner.

Feelings of insecurity and low self-worth are not just felt by women in the world of business though; it extends to every industry across the globe. Women who appear to be at the top of their game, such as actors Meryl Streep and Emma Watson and former first lady Michelle Obama, have all felt the sting of imposter syndrome, despite their success. But why is this? Women may be more susceptible to imposter syndrome as they have less of the confidence-boosting testosterone than men; however, biology is not solely to blame…

Studies have found that by the age of 6, girls believe themselves to be less intelligent than boys and less worthy of achievement. With such an idea rooted in the female mind from childhood, it is no wonder that women suffer from imposter syndrome later in life.

Now, you’re probably thinking how have such thoughts got into girls’ heads in the first place? Despite greater gender equality in recent times and the rise of feminism, traditional gender stereotypes and biases are so deeply rooted within society that they’re often present in our minds without us even realising it.

For example, if you were asked to describe a successful businessperson you’d probably picture a man, right? Or, if we asked you to name some of the world’s most intelligent people, you’re likely to list off several men – Einstein, Leonardo da Vinci, Bill Gates etc. – before a female name even pops into your head. Even though we know that there are millions of accomplished and successful women and girls across the globe, we still predominately attach ideas of achievement and professionalism to men. 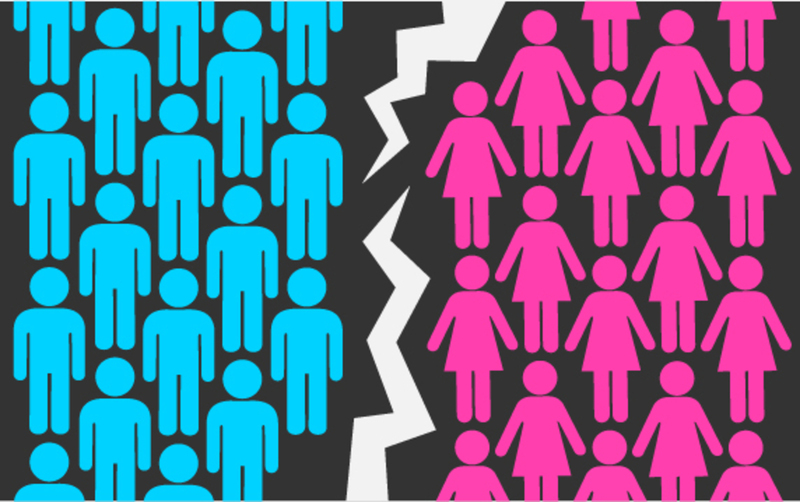 Plus, when women do get recognised as successful, it’s not always a kind portrayal. Whereas men who strive for high positions are seen as powerful role models, women with such ambition often get painted as severe, unlikeable and a threat. Take the formidable editor in chief, Miranda Priestly, from the 2003 best-selling novel The Devil Wears Prada for example. Even though she is fictional, Priestly embodies real anxieties about female success and reinforces the idea that high-flying women are intimidating, villainous frauds.

This is a sentiment echoed in the gendered language used in the workplace. Characteristics that we admire in men are often viewed as negative when they are attached to a woman. To illustrate, if a man were to be assertive, strive for top positions at work and push forward his ideas, he’d likely be singled out as a leader. Yet, if this drive was observed in a woman, the positive 'assertive' attribute more often than not turns into 'bossy' or 'aggressive'. This is what is known as negative personality criticism.

Studies into workplace gender bias have found that 75% of women receive such criticism, whereas less than 10% of men do. With such labels and views like ‘boys are better than girls’ embedded in the collective subconscious, it’s easy to see why millions of women struggle with imposter syndrome. If women and girls believe themselves capable of achievement and success at all, they are plagued with the fear that they’re doing something inherently wrong by having such ambitions.

But the time has come to stamp out these prejudices and stereotypes. It's time to end imposter syndrome for good. And you can help... 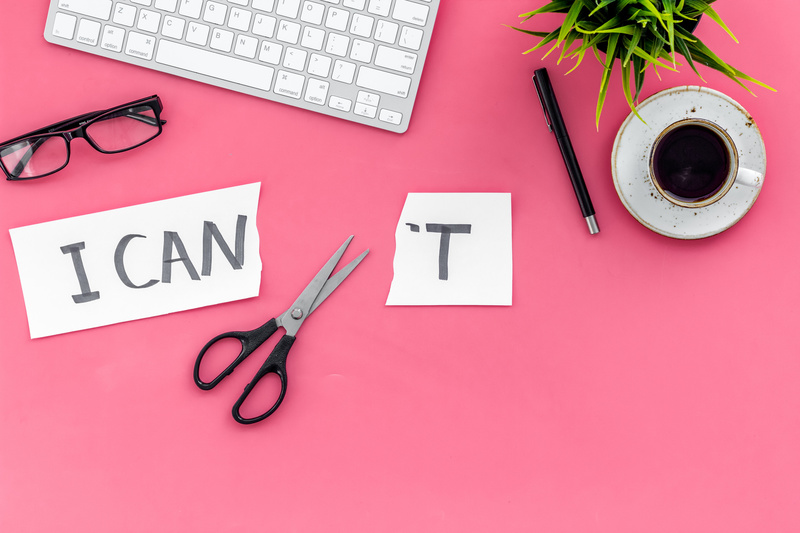 As well as recognising female achievement, there are some practical ways that you can help stamp out imposter syndrome in yourself or others: